Assembly of Y-axis is the same as assembly of y-axis for FABOOL Laser Mini. The insertion position of the M5 T nuts is also the same. Combine the three V-slot 1170mm on a flat surface as shown in the picture.. 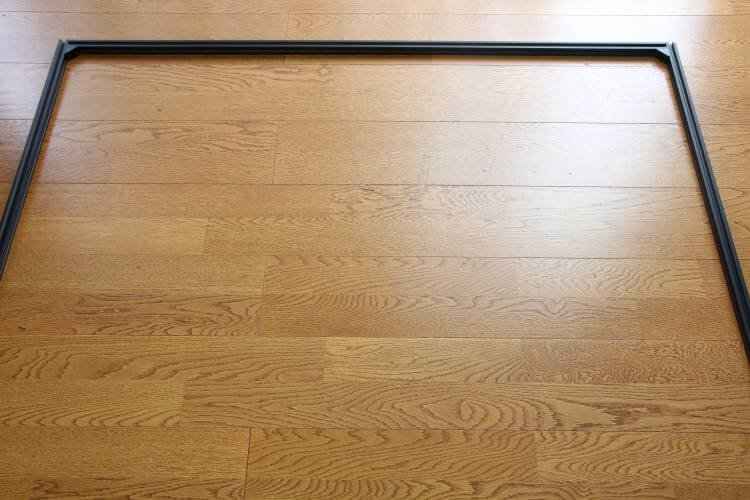 Place the assembled frame on a table and slide in the “X-axis unit” you assembled in the previous section by putting the frame of V-slot in between the rollers. (see picture) 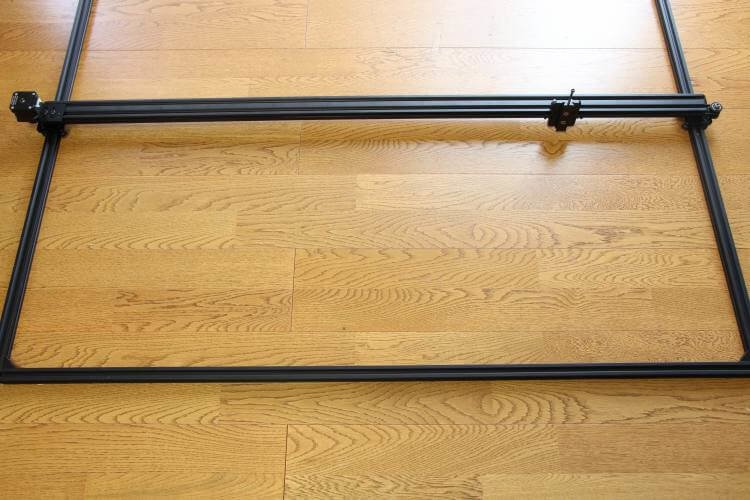 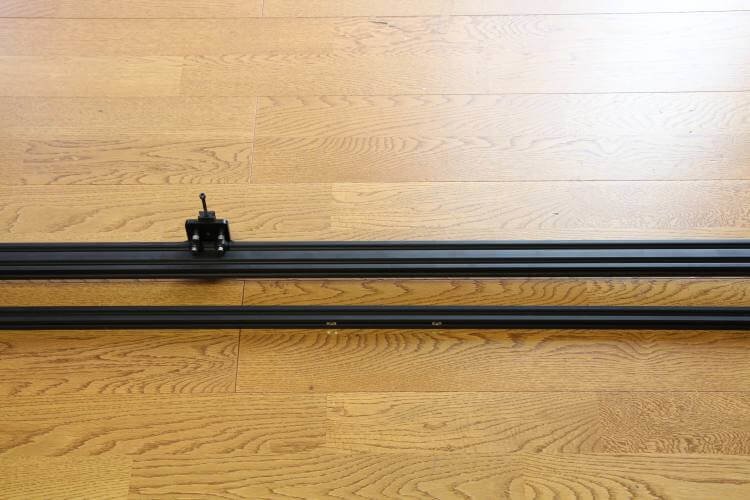 Adjustment and Check of Y-axis 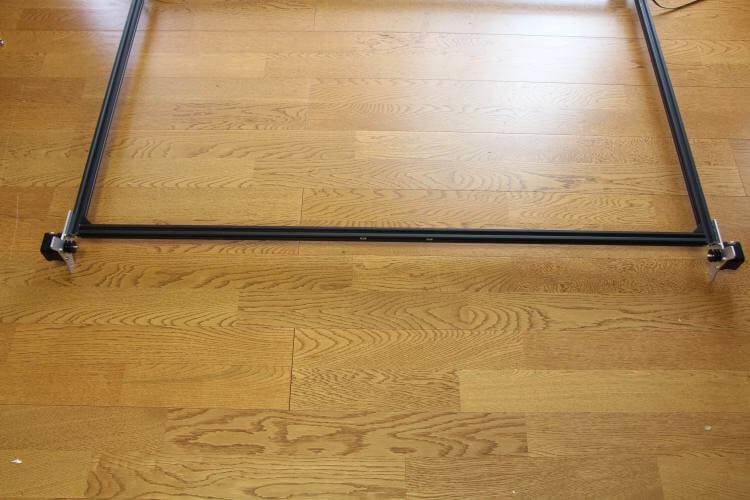 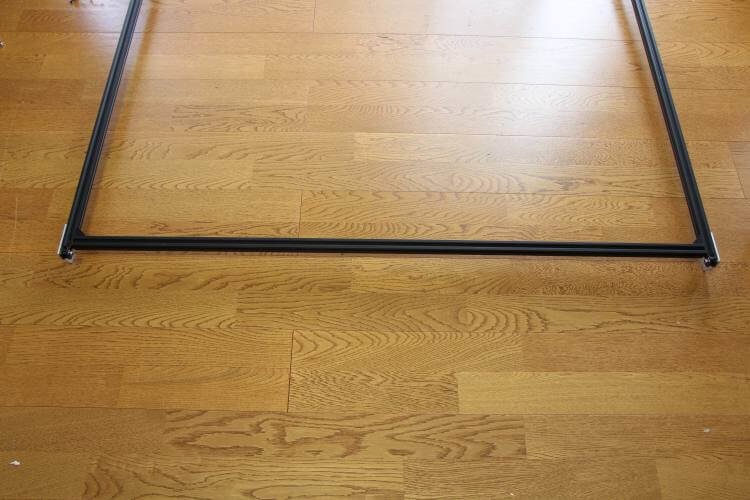 Install Y-axis timing belt. Leave 2-3cm (approx. 1 in) on both sides when installing. 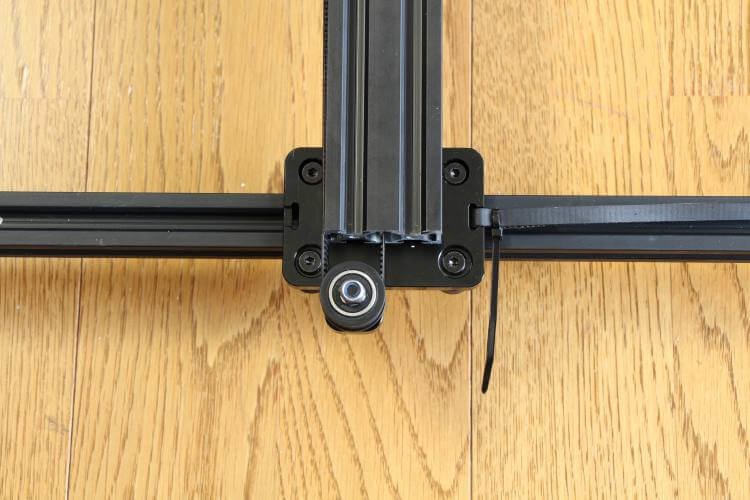 Leave a long portion on the opposite side as in the picture. Fix with a cable tie while leaving enough length so that the timing belt bends slighty. 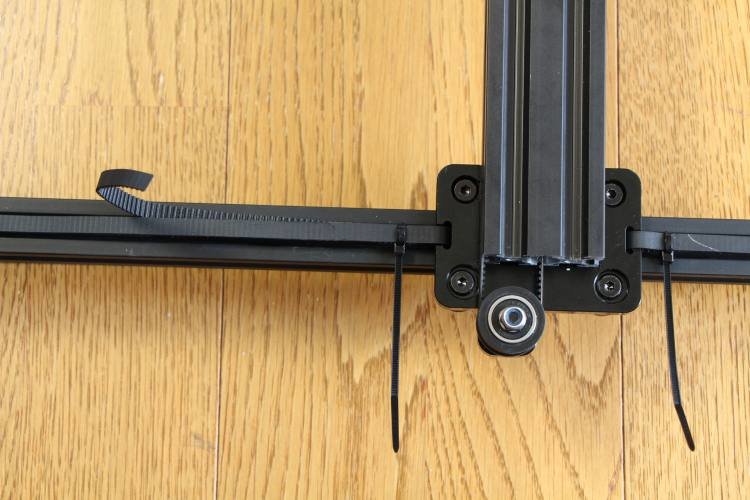 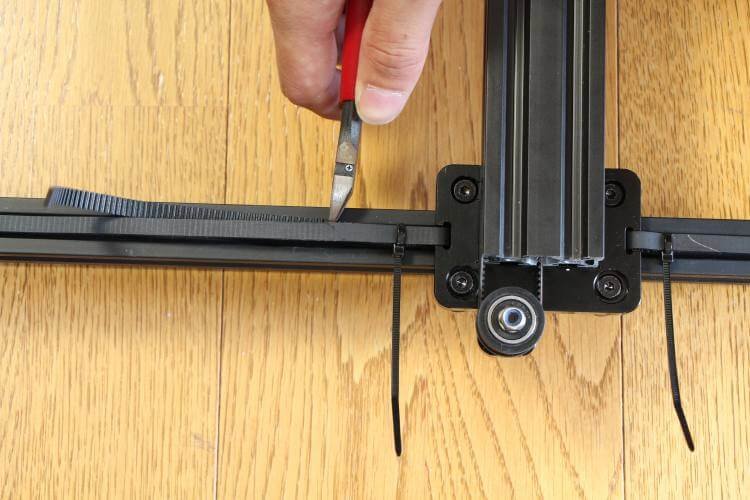 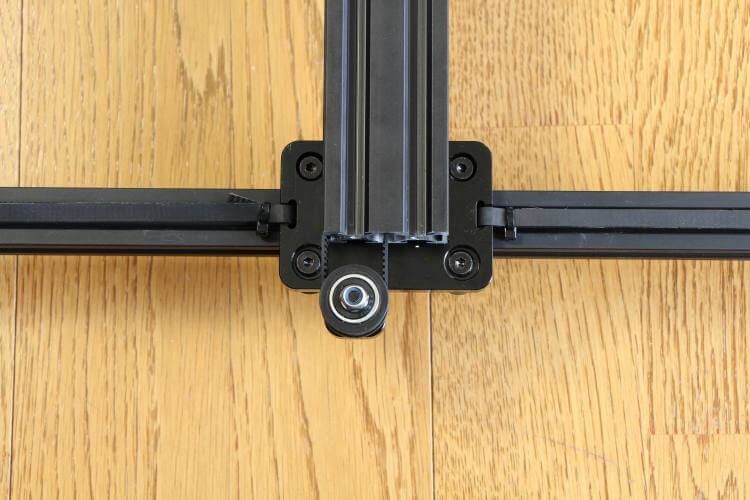 Do the same on the other side. 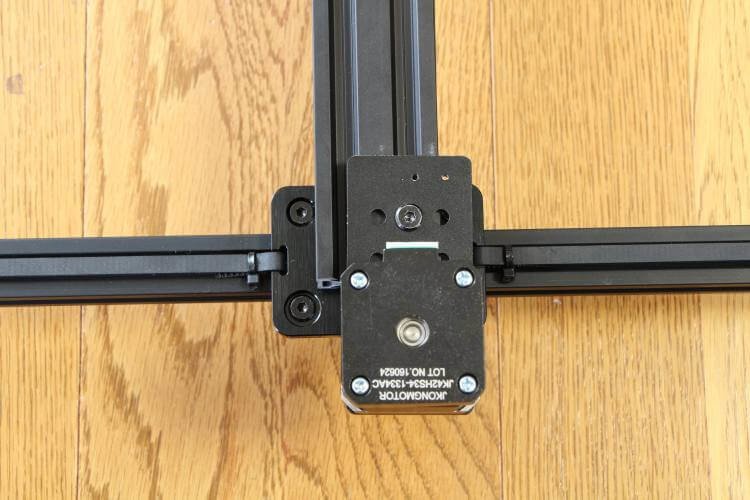