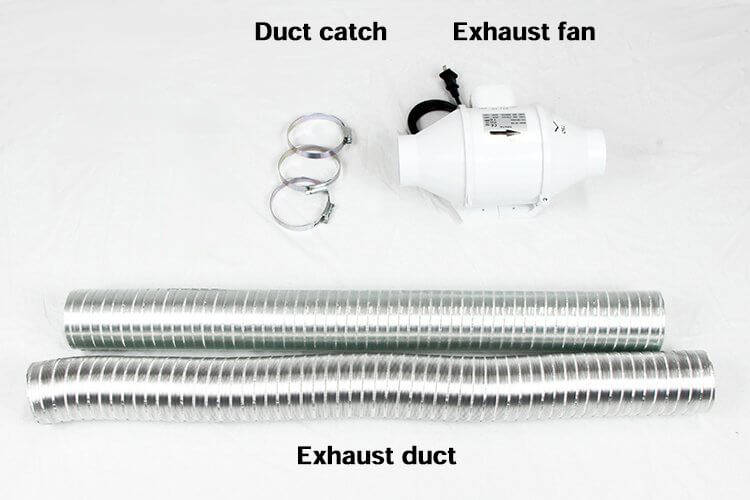 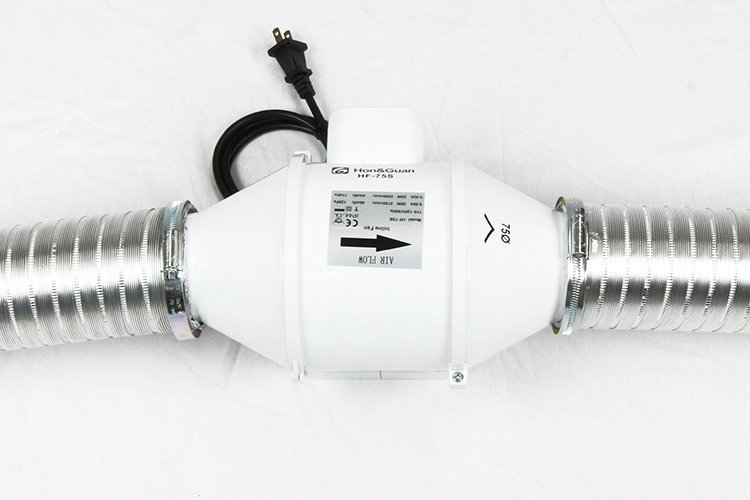 To tighten the duct catch, turn the red-circled part shown in the picture with screw driver. 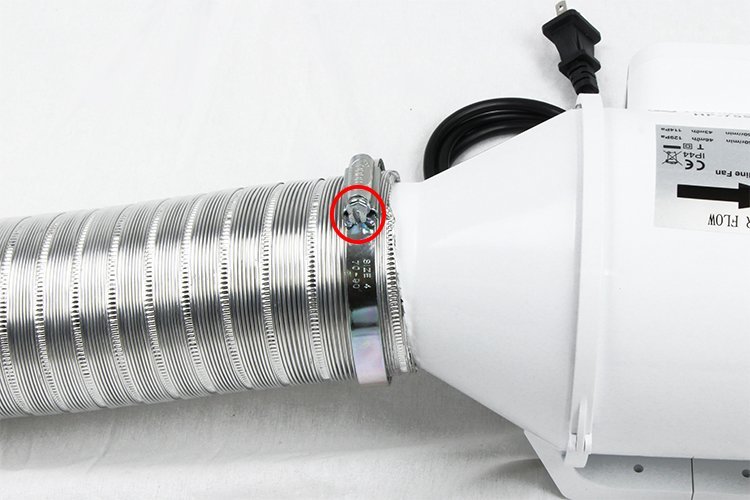 Air flows in the direction of the arrow on the fan, so left side is Etcher Laser side and right side is exhaust port side. 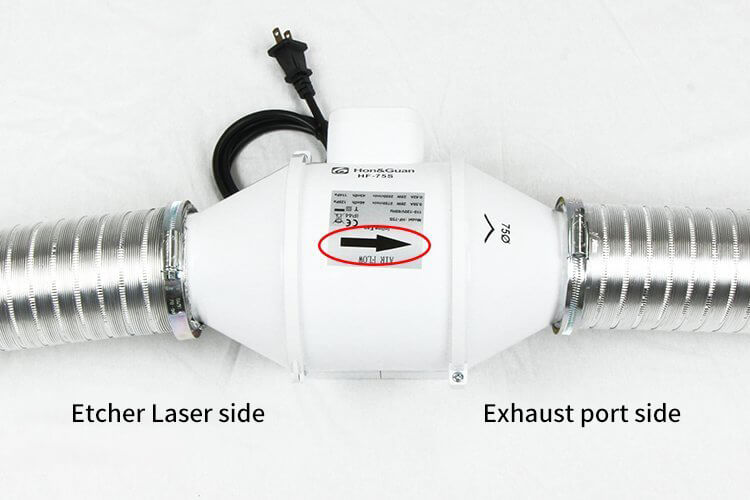 Layer the exhaust duct around exhaust socket on the back of the Etcher laser. 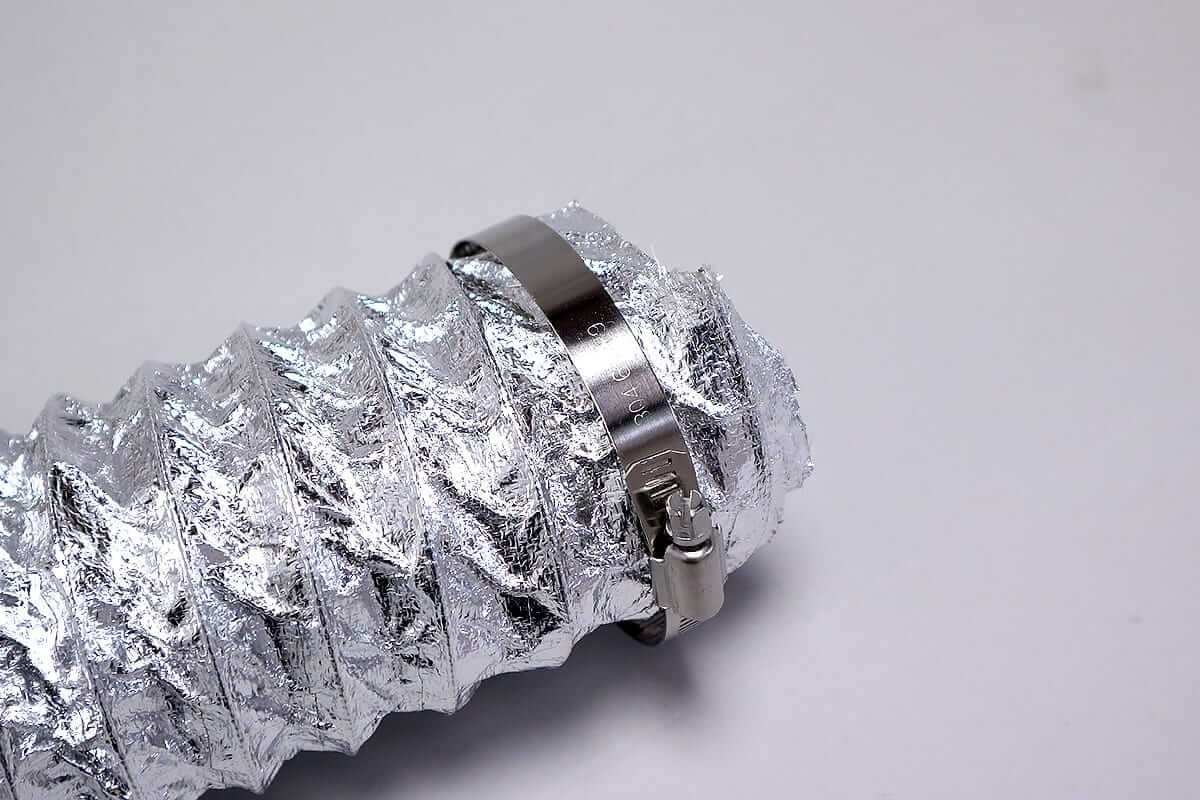 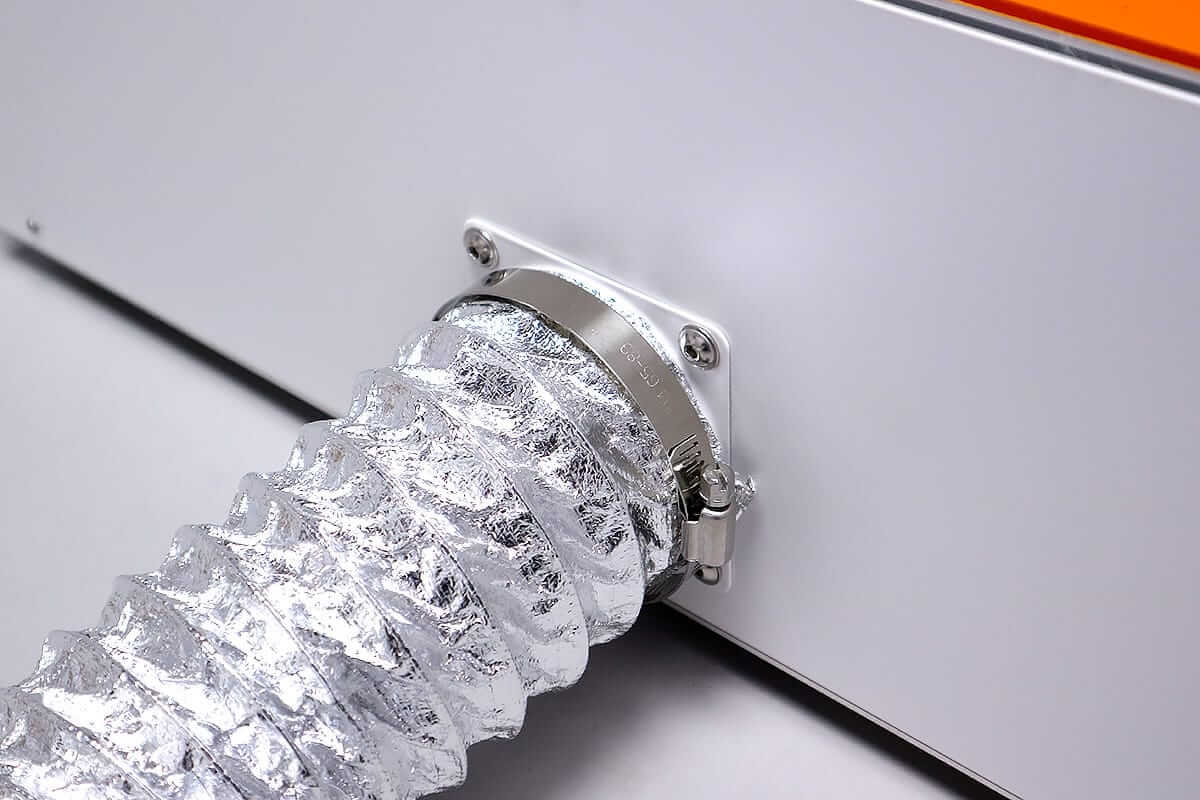 Use duct catch to fix duct as was in the previous process. 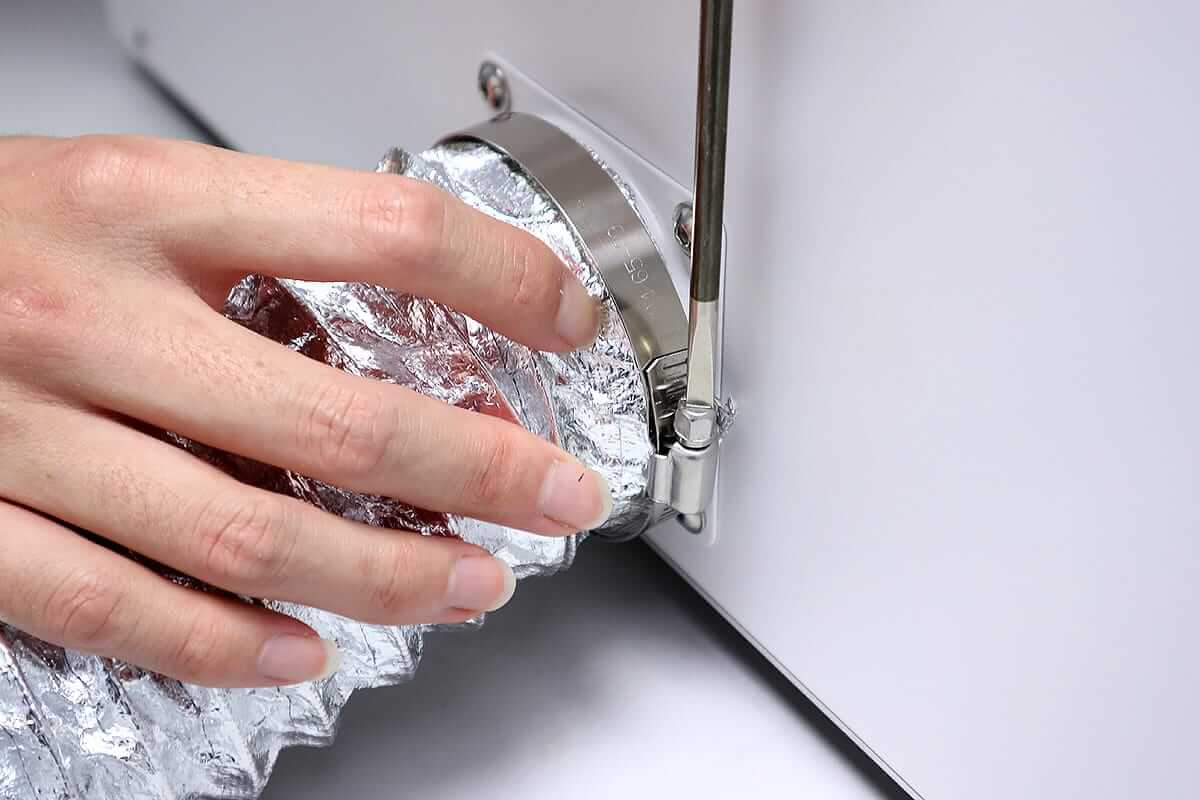 To finish up, put the other end of duct (exhaust port side) outside of the room.