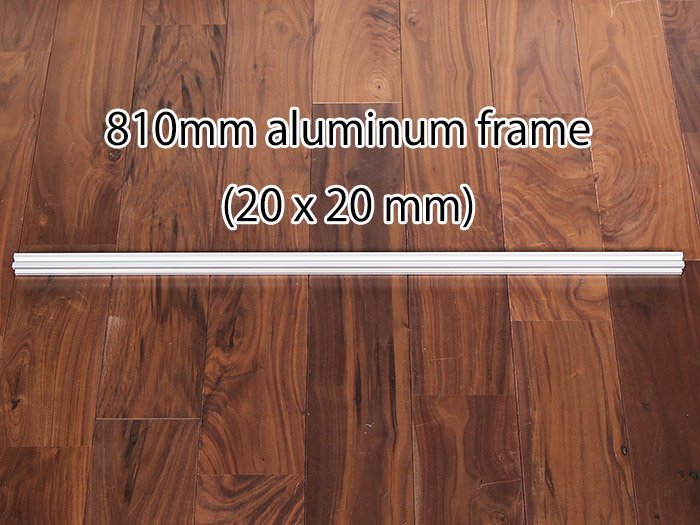 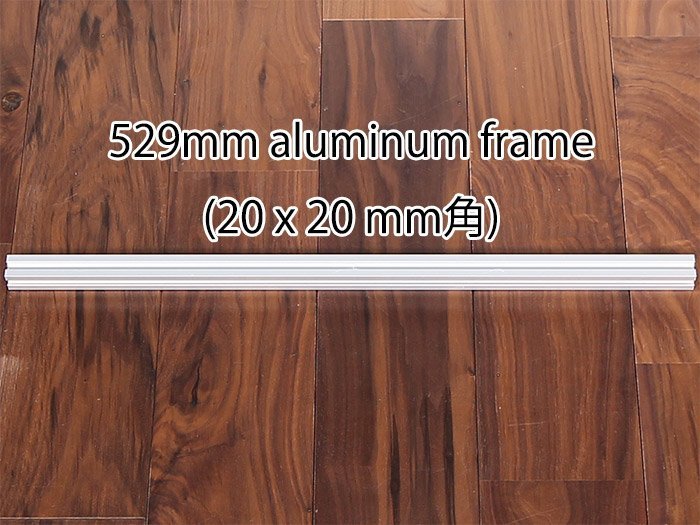 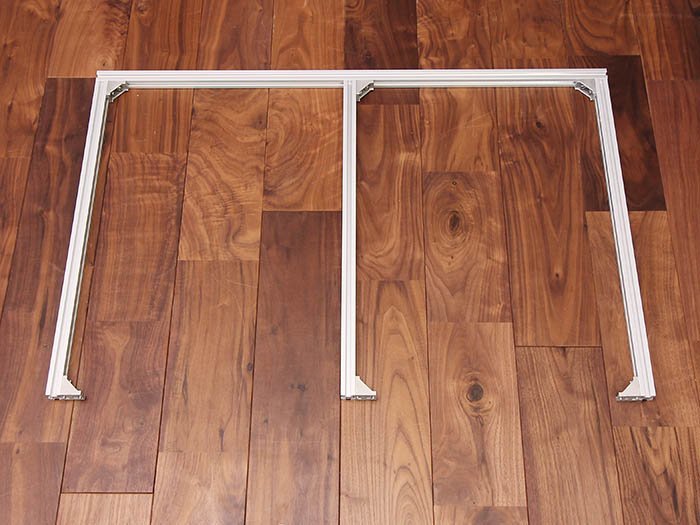 Insert M5 T nut in the outside of frame on both sides. 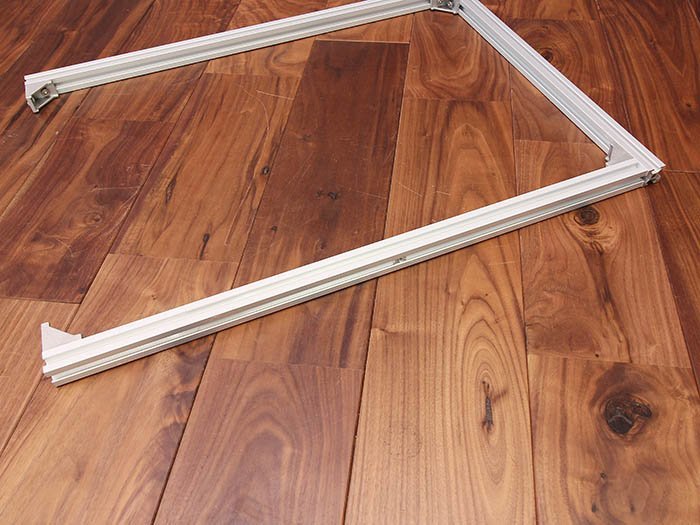 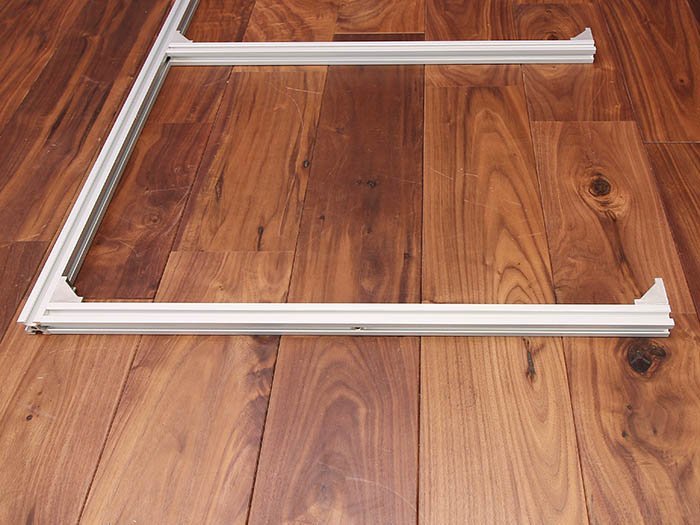 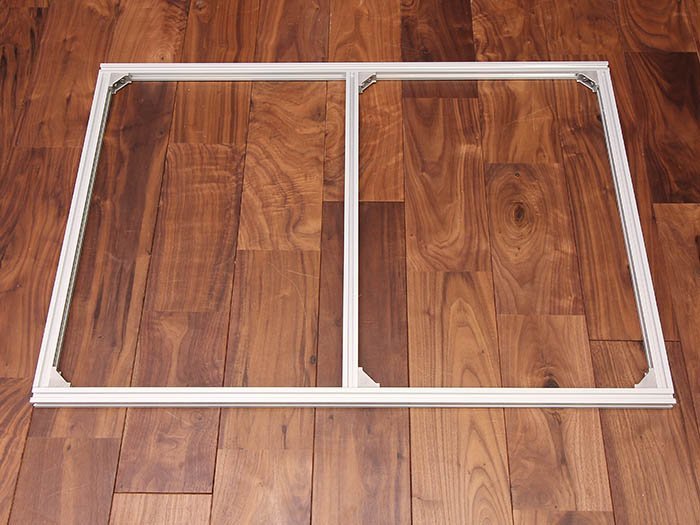 Next, attach hinges to the frame.
Use M5×8 hex socket countersunk bolt.
(*Put the frame at the center.) 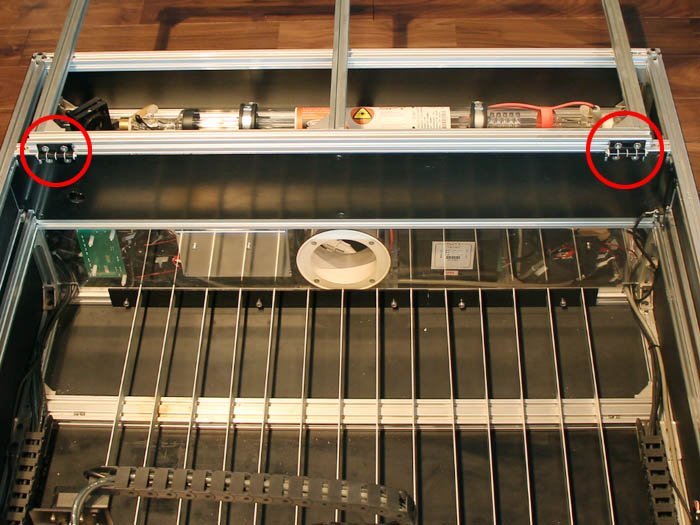 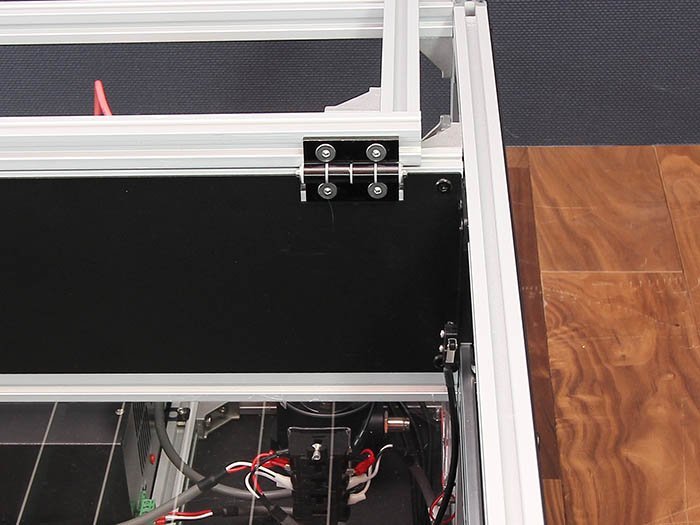 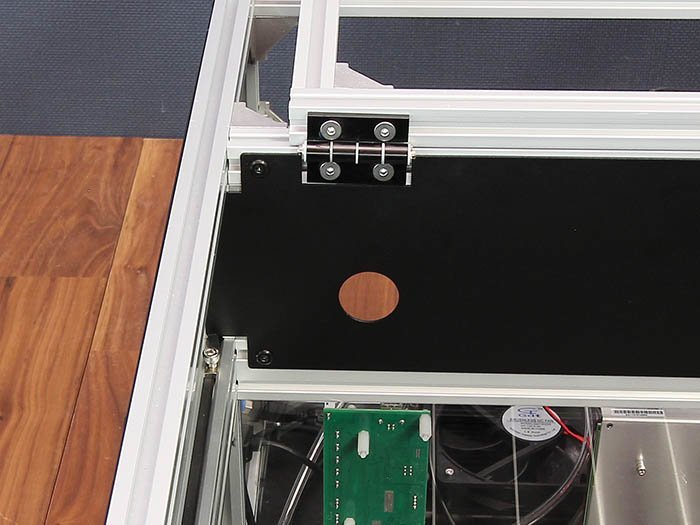 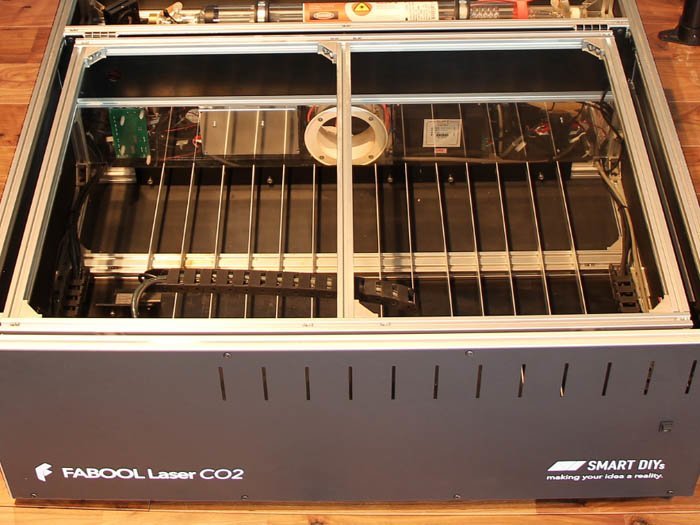 Use pre-inserted M5 T nuts inside the upper part of the frame. (both sides) 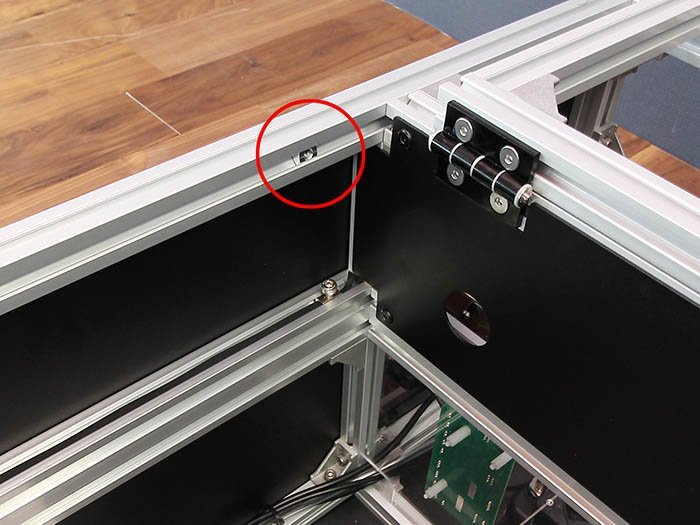 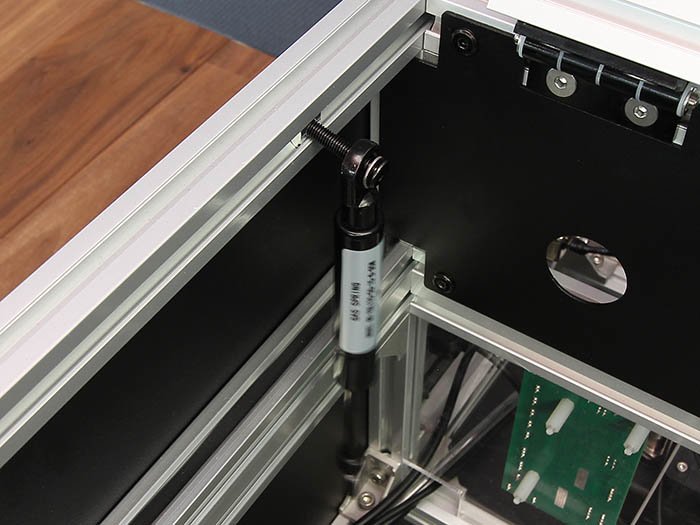 Fix the other end of gas spring to the top cover frame.
For the fixing position, place it so that the cover closes completely. 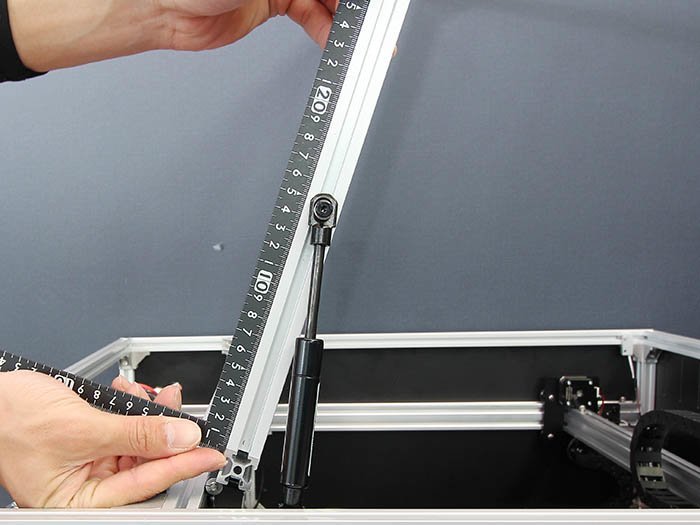 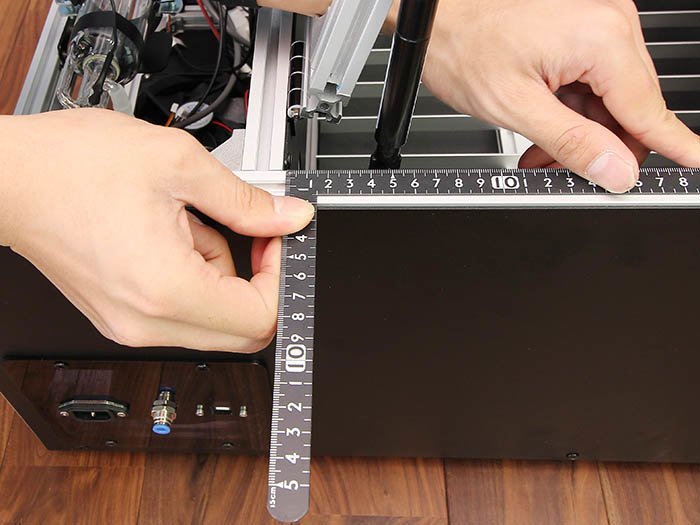 Fix the other gas spring at the same position on the other side. 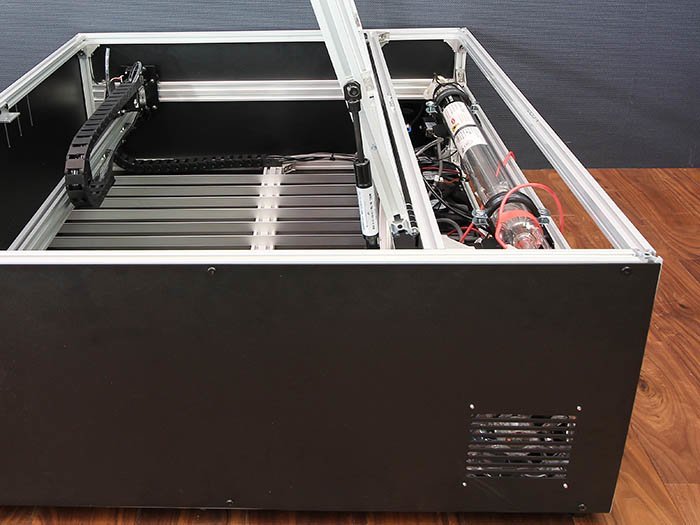 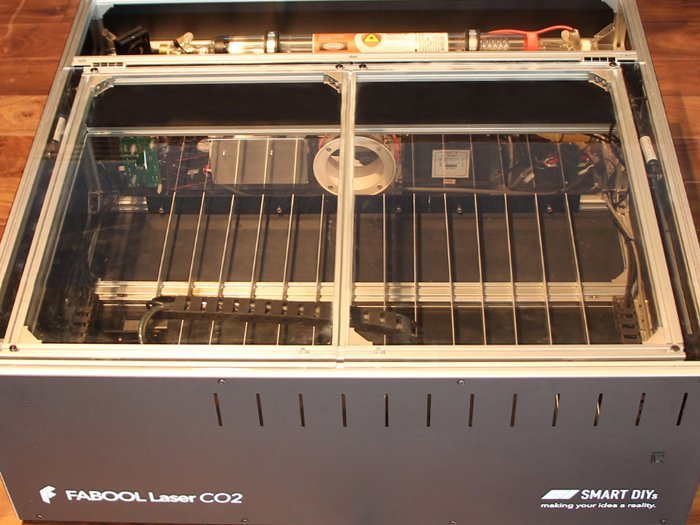 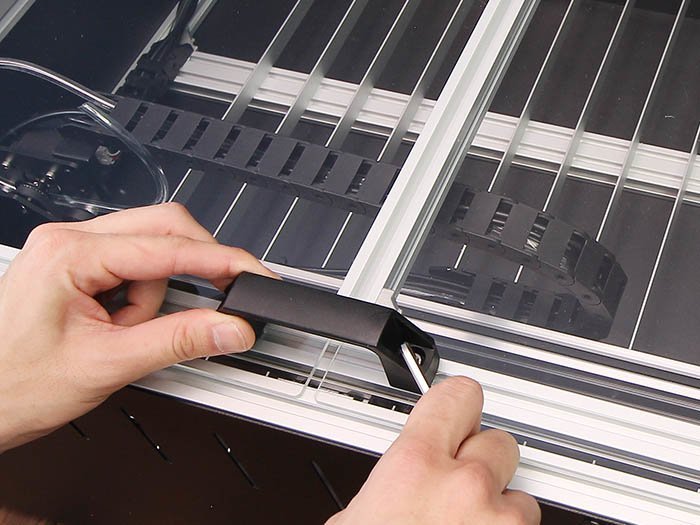 Place the temporarily fixed center aluminum frame to the center of the handle and fix it. 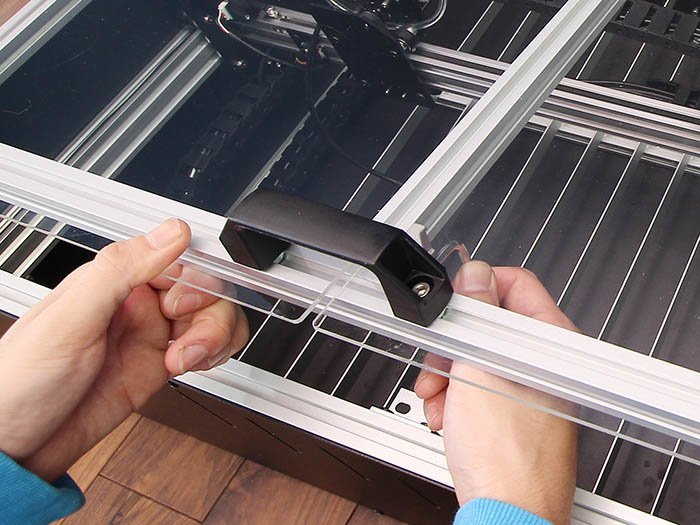 Please make sure that the top cover and hinges do not hit each other.
This is the end of this chapter. 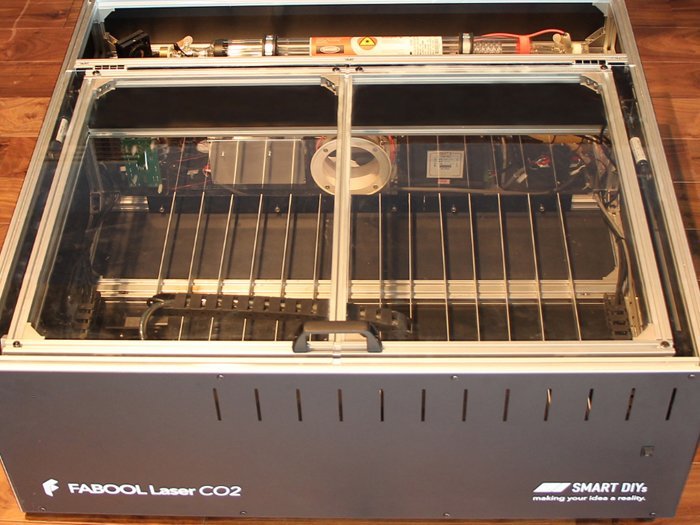